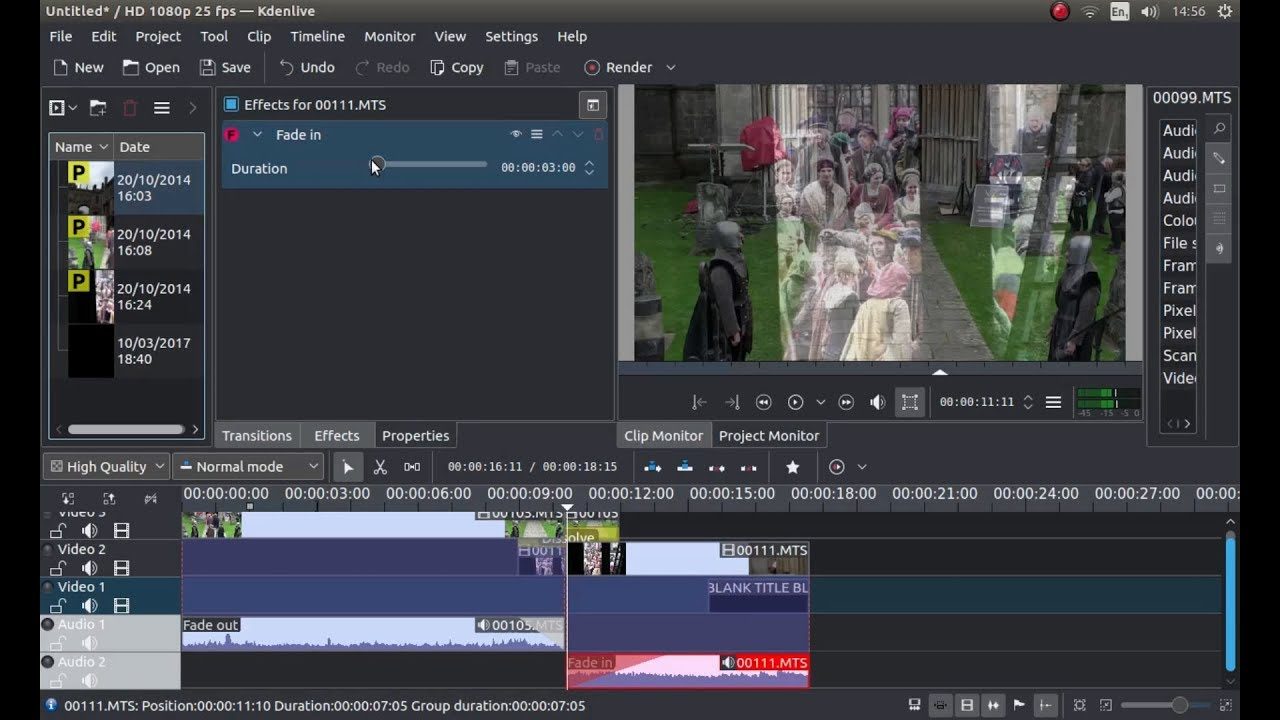 Kdenlive Tutorial: Edit A Large Number Of Video Clips Useing The Set Zones In The Monitor
How to edit a lot of video clip very quickly in the sequence editor using the set zone in and out functions in the playback monitor.

Kdenlive is one of the best free to download and use video editing software/freeware packages available for Windows, Linux & Apple.

KDE’s Kdenlive makes use of MLT, Frei0r effects, SoX and LADSPA libraries. Kdenlive supports all of the formats supported by FFmpeg or libav (such as QuickTime, AVI, WMV, MPEG, and Flash Video, among others), and also supports 4:3 and 16:9 aspect ratios for both PAL, NTSC and various HD standards, including HDV and AVCHD. Video can also be exported to DV devices, or written to a DVD with chapters and a simple menu.
Kdenlive has multi-track editing with a timeline and supports an unlimited number of video and audio tracks.
Tools to create, move, crop and delete video clips, audio clips, text clips and image clips. Configurable keyboard shortcuts and interface layouts.
A wide range of effects and transitions. Audio effects include normalization, phase and pitch shifting, limiting, volume adjustment, reverb and equalization filters as well as others. Video effects include options for masking, blue-screen, distortions, rotations, colour tools, blurring, obscuring and others.
Ability to add custom effects and transitions.
Rendering is done using a separate non-blocking process so it can be stopped, paused and restarted.
Kdenlive also provides a script called the Kdenlive Builder Wizard (KBW) that compiles the latest developer version of the software and its main dependencies from source, to allow users to try to test new features and report problems on the bug tracker.